“Syd Field is the preeminent analyzer in the study of American screenplays. Incredibly, he manages to remain idealistic while tendering practical ‘how to’ books.” —James L. Brooks, scriptwriter, The Mary Tyler Moore Show, Terms of Endearment, Broadcast News

“What is film?” Is it Art? Literature?

That was the question my mentor Jean Renoir, the great French Film Director, often asked us during the year he was Artist in Residence at the University of California, Berkeley.

Renoir insisted movies had the potential to be literature, but they should never be considered as “art.” When I asked what he meant, he replied that “art” is the sole vision of one person, which in the scheme of the filmmaking process, is a contradiction. He explained that one person can’t do everything that’s required to make a movie. One person can write the screenplay, direct the film, photograph it, edit it and score it, like Charlie Chaplin did, but, Renoir continued, the filmmaker cannot act all the parts, or record all the sound, or handle all the lighting requirements amid all the myriad of other details that are required to make a movie. “Art,” he said,”should offer the viewer the chance of merging with the creator.”

Over the past twenty-five years, I’ve thought about Renoir’s words as I’ve traveled the world conducting screenwriting seminars for professional and aspiring screenwriters. And now, as I look back over the footprints of my life when I first wrote this book, some twenty-five years ago and now, I see that screenwriting, both as an art and a craft, has evolved into an international language of engaging visual expression.

At this point in time we’re standing on the threshold of a new frontier in film, and there are no rules as to what we can or cannot do. It is a time of evolution/revolution, a time of transformation where the cinema has embraced a new era of digital technology. What we see and how we see it has changed.

Story exposition is shown rather than told; characters are revealed through behavior, not dialogue; time present and time past has merged into a compelling story telling device. As said in Eastern philosophy, the inside and outside are one; the thoughts, feelings and emotions that are inside our head are what creates the fabric of our experience. Basically, you and I are the baker of the bread we eat.

We are now living in a time of visual story telling. Whether you want to tell a story on the big screen or write a television show which can be downloaded onto an iPod, or cell phone or PDA or whether you want to create a video game or short film, a business plan or a power point presentation for any future delivery system, you have to know the tools and rules of visual story telling. That’s what The Screenwriter’s Workbook is all about.

This technological impact has facilitated a change in our classic traditional narrative; linear story lines like Casablanca or The Godfather, expressed in long expository scenes, have become more visually stylized presentations like Sideways, Magnolia and Brokeback Mountain. Non-linear storytelling, almost a rarity during the last few decades, has now become part of a film lexicon that is almost taken for granted: The Bourne Supremacy, Memento, and The Constant Gardner, are structured in bits and pieces from the shards and broken fragments of memory and have become part of the screenwriter’s language.

The Screenwriter’s Workbook explores the process of writing a screenplay, which is visual story telling. I call it a”what-to book,” meaning, if you have an idea for a screenplay, but don’t exactly know what you have to do to write it, this book will guide you through the screenwriting process. It doesn’t matter whether it’s a feature, a short film, a commercial, or any form of visual presentation, the book works. Read a chapter, do the exercise at the end of the chapter and by the end of the book you will have written a screenplay. The screenwriting process can be applied to any form of visual story telling.

People come into my workshops with a short, three-sentence idea of their story. For example: “My story is about a woman executive on vacation in Hawaii, who meets and has an affair with a young man, then returns home only to learn the relationship doesn’t work.”

In the first class we talk about the subject of the screenplay, the action and character; basically what happens and who it happens to, and discuss the nature of dramatic structure. Their first assignment when they leave the class is to structure their idea, then write a four page treatment focusing on the ending, the beginning, Plot Point I and Plot Point II. I call this the “kick in the ass” exercise because the student is taking an unformed idea and trying to give it form; it very well may be the most difficult pages the participant writes.

The second week we talk about character, and how to give the main character a history by writing a character biography, the character’s life from birth up until the time the story begins.

Each week we continue the same process. At the end of the three seven-week sessions, almost 80 percent of my students complete their screenplays. Many have had tremendous success: Anna Hamilton Phelan wrote Mask in class, followed soon after with Gorillas in the Mist; John Singleton worked on Boyz in the Hood, followed by Poetic Justice; Michael Kane wrote The Color of Money, Joao Emanuel Carneiro, worked on Central Station in the workshop I conducted in Rio de Janeiro; Janus Cercone wrote Leap of Faith in class, Randi Mayem Singer did Mrs. Doubtfire, Carmen Culver, The Thorn Birds,

Laura Esquivel, adapted her novel Like Water for Chocolate during my course in Mexico City, and in the same class Carlos Cuaron started exploring the idea of what would later become Y Tu Mama Tambien. There are others as well: Todd Graff (Used People, Angie,) Kevin Williamson (Scream,), Todd Robinson (White Squall), Humanitas Award Winner Linda Elsted (Divorce Wars) and many others.

The Screenwriter’s Workbook is a step-by-step work plan for you to follow from the inception of the idea through its completion; it is a map, a navigational guidance system to steer you through the screenwriting process.

The exercises that follow each chapter are the tools which offer you the opportunity of expanding and sharpening your understanding of the screenwriting process. I hope you view your journey through the screenwriting experience in this light. You won’t learn anything unless you give yourself permission to make some mistakes, to try things that don’t work, and do some plain old shitty writing.

Are you willing to do that?

This book is a learning experience. It is experiential. The more you do, the better you get, just like swimming or riding a bicycle.

Read the book, and when you’re ready to start working on your screenplay, go through the book a chapter at a time. It is a step-by-step process; you may spend a week or a month on a single chapter, it really doesn’t matter. Take as much time as you need to complete the material in each exercise.

The purpose of The Screenwriter’s Workbook is to clarify, expand, and enlarge your knowledge, comprehension, and technique of the screenplay and the art and craft of screenwriting.

The Workbook gives you the opportunity of teaching yourself the necessary skills and craft that are required to write a professional screenplay.

Don’t look for perfection.”Perfection,” as Jean Renoir constantly pointed out,”exists only in the mind, not in reality.”

For more about The Screenwriter’s Workbook
on Amazon, click here.

Excerpted from The Screenwriter’s Workbook  by Syd Field. Copyright © 2005 by Syd Field . Excerpted by permission of Delta Trade Publications, published by Bantam Dell a division of Random House, Inc. All rights reserved. No part of this excerpt may be reproduced or reprinted without permission in writing from the publisher. 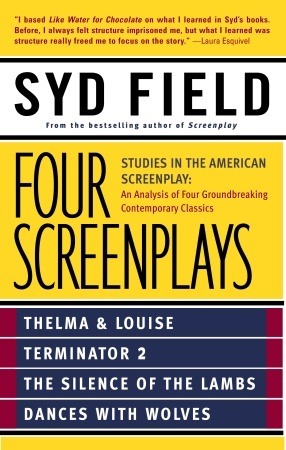 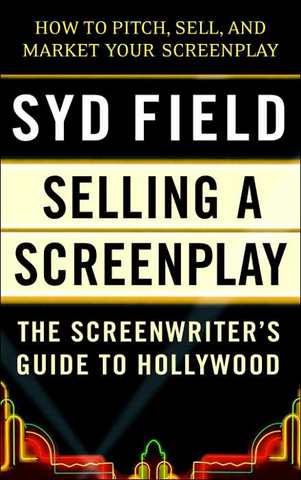