Syd Field - “the guru of all screenwriters” (CNN)

SYD FIELD
ON THE GO 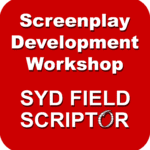 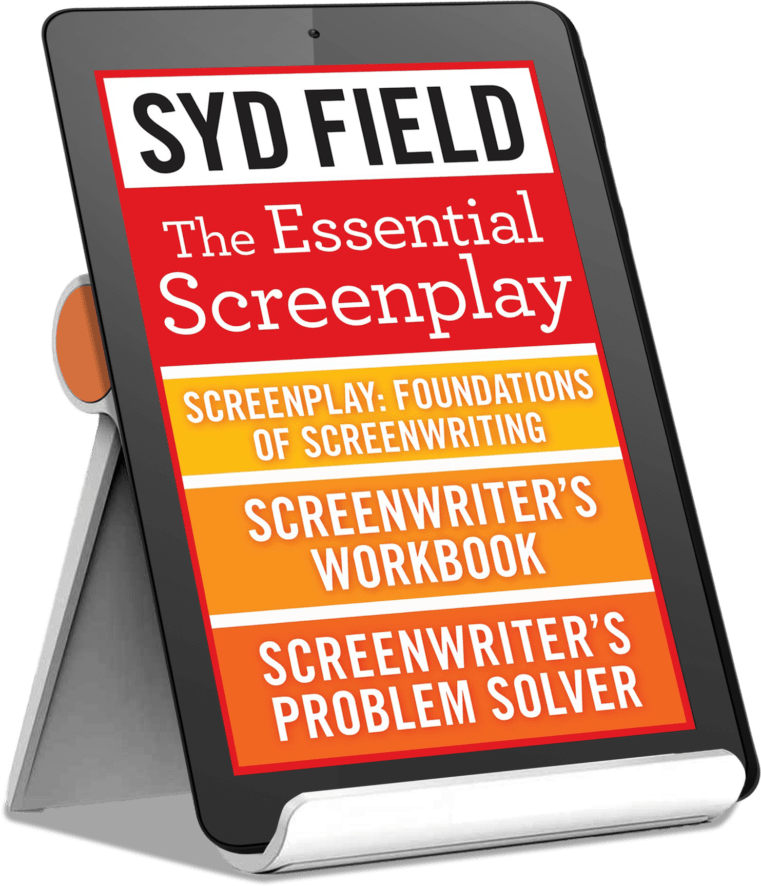 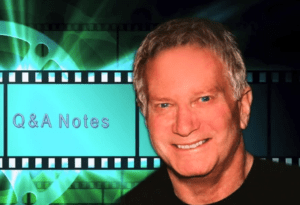 Our documentary feature What’s the Story? will explore how Syd Field – an actor, producer, writer and teacher – became “the guru of all screenwriters” (CNN). How he influenced award-winning filmmakers, such as Alfonso Cuaron, Judd Apatow, Tina Fey, John Singleton and James Cameron. Syd was deeply enthusiastic about storytelling, movies and teaching.  While a writer’s inspiration may come from the heart, Syd wanted the world to know that the craft of screenwriting could be learned. Writer/Director Judd Apatow said, “Syd Field wrote screenwriting books which did exactly what they were supposed to do – they made screenwriting seem possible.”

Syd’s love of film, his masterful understanding of storytelling, and his skillful expression of his ground-breaking paradigm for screenplay structure, has benefited writers, directors, studio executives, independent filmmakers, and ultimately the global audience. Mentoring writers delighted and excited Syd, who recorded and filmed a number of webinars and classes, many of which are yet to be released.

Aviva Field, Syd’s wife, as well as his long-time protégés and contributors to this website, are devoted to honoring his mission. This site is imbued with Syd’s heart and spirit, embodied here as an internet resource for screenwriters and storytellers. We are committed to bringing projects to fruition that were started by Syd.  A documentary about the impact of his teachings around the world will be produced by Aviva.

It is our fervent desire to sustain Syd’s legacy; to ensure that his method stays true in its intention, continuing to motivate and empower the creation of compelling screenplays by new and seasoned writers for generations to come.

"I loved the idea of being in another world, and anything that could transport me to another world is what I became interested in. Gradually, I saw that the medium of film could accommodate both my interests in science and art. And, with the help of a book called Screenplay: The Foundations of Screenwriting, I figured out how to write a screenplay. So, I sat down with a friend and we wrote a little ten-minute script. We raised the money to make it and shot it in 35mm; it had all these effects and models and matte shots, all this wild kind of stuff."

"If I were writing screenplays...I would be carrying Syd Field around in my back pocket."

"This is a terrific course for screenwriters who are trying to gain insight into the Hollywood system."

"What I learned in Syd Field’s class was here’s how Annie Hall works, and here’s how Witness works, and then I begin to think, ‘OK now how would I do it differently than that?’ That concept of ‘Always being in learning mode’ has stuck with me to this day…"

"Syd Field's Course is marvelous...packed with insight, intelligence and inspiration...I learned so much about the craft of screenwriting, and working with writers, [I now have] more confidence and understanding about the process of screenwriting than ever before."

"I sat down with Syd Field's book about how to write a screenplay, wrote a few and when John Grisham saw one, we started working together."

"...the master of screenplay structure."

[When I wrote Mean Girls] "I did a million drafts. And I did the thing everybody does. I read Syd Field and I used my index cards."

Kevin Williamson, Writer - Scream, I Know What You Did Last Summer

"Syd Field is the preeminent analyzer in the study of American Screenplays..."

"I've gone from reading his books, to being taught by him in courses! I think one of us must have done something right! I thank him all the time for inspiring me."

"The Guru of all screenwriters."

"I based Like Water for Chocolate on what I learned in Syd's workshop. Before, I always felt structure imprisoned me, but what I learned was structure really freed me to focus on the story."

"The man who launched a thousand specs."

"I read a book that literally changed my life - Syd Field's Screenplay."

"Syd Field takes the screenwriter on an exciting journey...and he gives you a 'no-get lost' map to hold onto during the trip."

"This course is a virtual must for screenwriters."

Syd Field’s books on the essential structure of emotionally satisfying screenplays
have ignited lucrative careers in film and television since 1979.

Throughout cinematic history, screenplays and screenwriting have become integral parts of our culture. Used for instruction, education, and entertainment, movies are revered as an art form. The great screenwriting master…

Screenplay – The Foundations of Screenwriting

In 1979, when I first wrote Screenplay: The Foundations of Screenwriting, there were only a few books on the market that dealt with the art and craft of screenwriting. The most popular was…

Screenwriter’s Workbook – “What is film?” Is it Art? Literature?

The Screenwriter’s Workbook explores the process of writing a screenplay, which is visual story telling. I call it a ”what-to book,” meaning, if you have an idea for a screenplay, but don’t exactly know what you have to do to write it, this book will guide you through the screenwriting process.

To solve any kind of a problem means you have to be able to recognize it, identify it, and then define it; only in that way can any problem really be solved. All screenplays have problems…

Technology is transforming the art and craft of screenwriting. How does the writer find new ways to tell a story with pictures, to create a truly outstanding film? Syd Field shows what works, why…

Going to the Movies

The sun was high and it was very late in the morning when I finally got into my car and headed north on Highway 101 to Berkeley, California. It was a big step for me. For several years after my parents’ death…

The Definitive Guide to ScreenWriting

In the book The Definitive Guide to Screenwriting, published in the UK, Syd Field, acclaimed writer and director, tells you step-by-step how to identify and fix common screenwriting problems… Field’s Paradigm allows the organization of stories into structured timelines. Act One: story set up; Act Two: confrontation; Act Three: resolution. In 1979, for the… 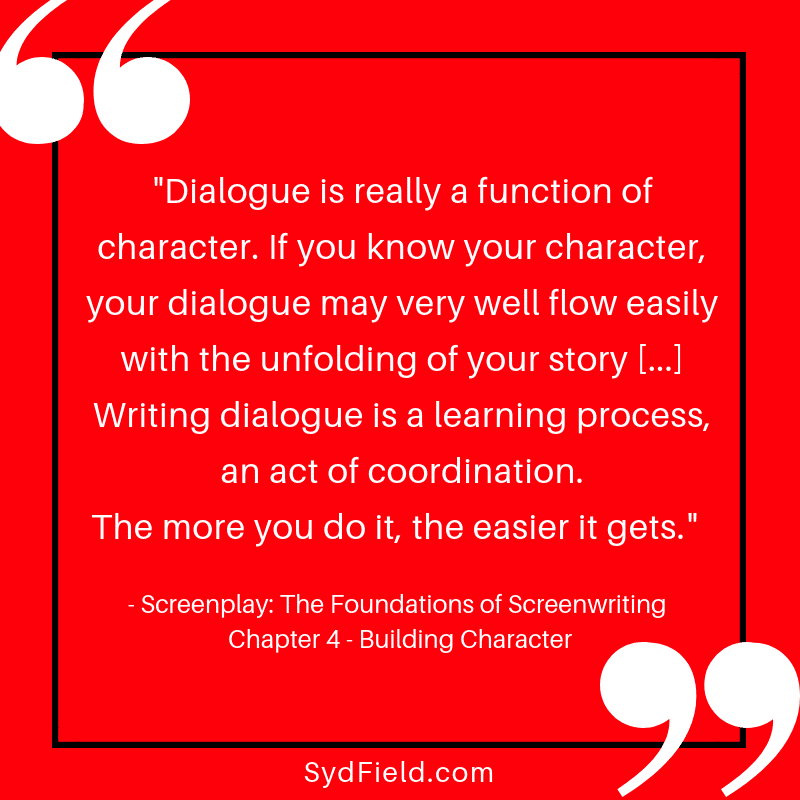 SOLVE THE MYSTERY OF WRITING DIALOGUE
BY VALERIE WOODS

Recently, I was invited to speak at the Los Angeles chapter of Sisters in Crime, an international organization of authors, readers, publishers, agents, booksellers and… 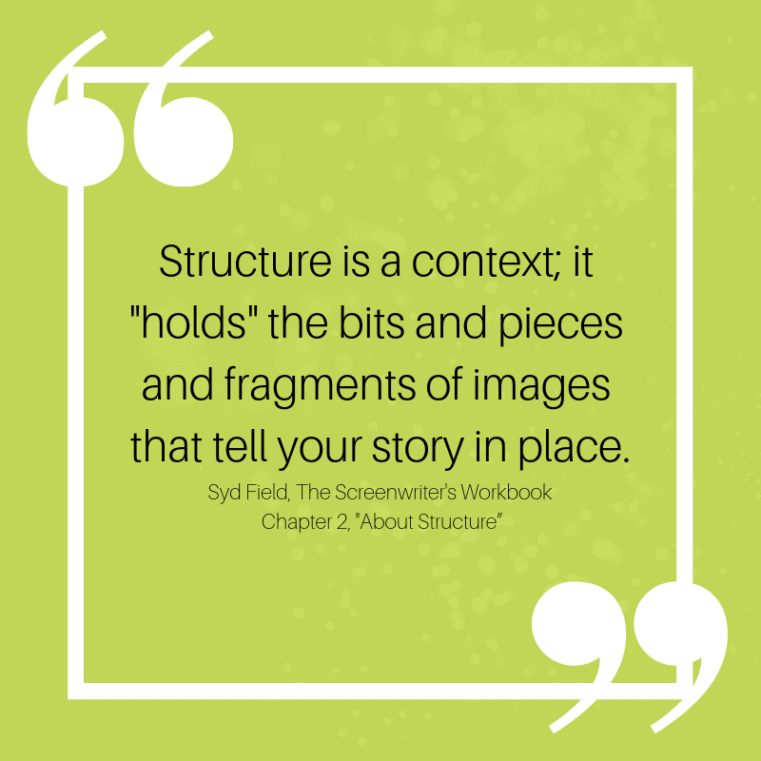 STRUCTURING THE SCARE: HOW THE SYD FIELD PARADIGM HELPED ME WRITE A HORROR SCREENPLAY
By SAMUEL WOODS-CORR

It’s October. Spider webs, creepy decor, and elaborate costumes are rising from the dead. Halloween, one of my least favorite holidays, looms just beyond the…